The Americans Return the Favor,General Hand Assaults the Point

The early morning just after midnight of June 8th Knyphausen marched his troops back to the defenses at Elizabethtown point. The first reports reached Washington well before Dawn stating that most of Knyphausen's force had boarded craft back to Staten Island. Those initial reports Believed Kyp only left a Beach head of 500 or So fortified at the point. This information prompted Washington to order a show of force.

He knew that His army was not strong enough to face the British in the open field being half constituted with militia. However, using  bold tactics would betray the Red Coats into believing Continental Troop strength was much greater than shown the day before. The large numbers of NJ Militia force unexpected by the British on the 7th would only reinforce his play. He hoped for either an outright surrender by the rear guard or making them believe that a much larger force stood in Elizabeth proper so as to pin them behind their defenses.

Washington gave Lord Stirling the over all command from Elizabethtown. He allotted under the Command of Brigadier General Edward Hand 3 regiments of regulars bolstered with an additional 300 men for the assault. Washington  also ordered an additional compliment of two NJ militia regiments to be on each flank to spread the anticipated 500 strong defenders thin along the fortifications. This total Compliment numbered around 2500 soldiers.

Maxwell's Brigade would remain to hold the 1st bridge at  Springfield leaving Washington with perhaps 500-1000 troops remaining at the gap on the west side of Springfield. The largely varied guess as to the strength  at the gap is because it is unknown how many regulars remained in reserve under Stirling in Elizabethtown proper.

The troop placement for actions on the 8th lends to the notion that despite the first reports Washington believed the force was much greater and only a small number rowed across to Staten Island.  A second report given by future U.S Secretary of the Treasury Major General Alexander Hamilton alerted Washington that the early reports may have been incorrect. Hamilton believed the majority of the expeditionary army along with full artillery laid in wait behind the earthworks and pickets. Citing that the troops spotted on Staten Island were merely a decoy meant to bring the whole of the patriot army out onto the expansive fields and salt marshes between the town and the point. Hamilton's intelligence would prove correct but it was Washington's confidence in Hamilton ultimately that influenced Washington's correct strategy for actions on the 8th.


The Continentals choose a three pronged assault. The 3 Continental Brigades under Brigadier General Hand would  commit to a frontal assault. One Brigade of Militia on each flank would assault the sides of the British entrenchment. The left flank Under Colonel Seeley of the Morris county militia would attack from the northern woods while the right flank from the marshes of the Elizabeth River. 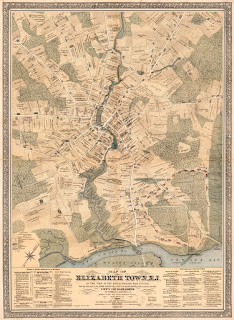 The First Action in the Assault on the point resulted in the capture of a British picket of 16 men and an officer from the Crown's 22nd regiment. They were the advance troops guarding Elizabeth Ave leading to the waterfront. This is picket was most likely in front of  where the road splits with the North road leading to the battlements. While the South road bridged the Elizabeth River at  the bend at today's Mattano Park. This road would on the Halstead Point side of the river. Only the general are was documented. However, this would have been the most effective placement.

The junction where downtown starts is also the most logical spot where Gen. Hands forces would have split to form their pincer. Though, unlike today, Downtown didn't start at this point. A block and a half past there ended the sprawl of Elizabethtown proper. A large uneven field of marshy low lands  lay between the town and the port. This was a water shed for the Elizabeth River and it stretched for just over a mile. If the army didn't split at this precise point the flanks would have been exposed the entire time while reaching position. We know for certain men from Seeley's the left flank guarded the prisoners they were still with the main contingent a  here. We also know that they came out from the trees north of the beachhead prior to engagement. This would not have been possible after the sprawl ends.

The Assault, one Hand washes the other.

As Continentals moved forward the British unleashed their cannons. General Hand still several hundred yards away from the  main British lines was surprised by the large  colonnade of British artillery. It was far more cannon than a force of a mere 500 could support.  Exposed and displaying honorable bravery the general road ahead of his troops. Examining closer as artillery  munition land dangerously close Gen. Hand could see this was not a paltry force but the whole of Knyphausen's army.

Washington had anticipated thanks to Hamilton and others' later reports. In his orders, Gen. Washington supplied Hand with an alternative  battle plan for just such an event. Hand sprinted back to his line. He quickly sent messengers to the militia on both flanks to cease the advance.

The British heavily pounded the center and right of the Americans with cannon fire.  The Forest protected the left flank from most of this hell fire but the Red Coats had small arm range. The edge of the woods was around 200 hundred yards closer than the rivers.   The right flank was provided cover  by a small line of trees and slope of the bank right before where the mouth empties into the Arthur Kill.

So, the Morris Militia's rage led to the first medium ranged combat of the day. Knyphausen sent out skirmishers from the 22nd and several men were killed or wounded in the fire fight. Thinking it was a full on assault the militiamen on the left returned fire disorderly. In the confusion some of their own officers were hit by friendly fire. Colonel Seeley with disregard of the musket and cannon fire rode in front of his lines. He regained control ordering the men not to shoot until he gave the order.

General Hand at this time was parading his 850 Continentals in front of the British in a feign daring them to come out and fight. This convinced Knyphausen that Washington's entire army was lying in wait on the streets of Elizabethtown. The Hessian commander used caution accepting the Continental rouge. The invaders remained inside the fortifications,  skirmishers were called back, and the expedition resigned to keeping their reply's to cannon fire. 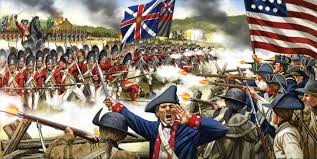 With this development, Hand ordered his units to retire back to the town. All units did so in a cool and orderly manner. Thus, Selling the planned ruse. 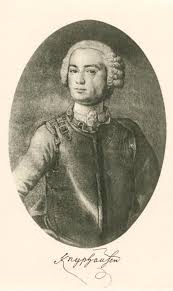 .
Once American troops reentered Elizabethtown proper. American soldiers and the militia were reformed and given new orders . The plan was to continue to show force by skirmishing and trading fire. However, nothing more was to be attempted. Brigadier General Hand ordered under no circumstance was any attempt to charge the earth works to be made. This new mission was a sell not a take.

Washington was content to have Knyphausen pinned behind his defenses at the point. It was evident to Stirling watching from a top the town that Knyphausen believed that  the whole Northern Continental Army  lay just beyond an expansive field  entrenched in the streets of Elizabethtown. The British and Hessian officers knew this army was bolstered with countless New Jersey troops and militia who had already proved their  aptitude for street to street combat the day before. Stirling, Hand, and Dayton concurred and applied the Continental Commander's strategy.

American troops then marched back to the fight in the same three pronged formation enduring the continued cannon fire. The Patriot lines reached range and began trading volleys with Redcoats.  All accounts deem this part of the action remained disciplined and purposed by the Rebels. The British 22nd infantry regiment had been the front for the whole of the day seeing the most action. Late in the afternoon, getting the better of the 22nd in several exchanges the Continentals and the militia on Hand's right pushed rather close to the British line. Close enough to charge though no intent. The matter of intention was obviously unknown to the Crown's  forces. So, out of necessity 2 battalions of Hessian Jagers had to be sent up to reinforce the 22nd. By 5 o'clock Hand withdrew his forces back to the town with the days action resulting in a tactical draw and strategic victory for the young nation. Morale was in favor of the Continentals and dispatches were sent to Washington describing the state of hostilities.

Washington had a decision to make whether to leave this better part of his Army to hold Elizabethtown or to re amass on the heights. He choose the latter but left a sizable front line behind pickets guarding the entrance to Elizabethtown proper . He deployed small  units of militia and horse with cannon across the river upon Halsted point facing the British left. These units could quickly alert the Elizabeth garrison. Then be used to slow any British advance with fire upon the Red Coat left flank then their rear. Patrols of skirmishers were also deployed into the woods on the British right to dissuade scouting attempts by Knyphausen.


This worked well a caused the newly arrived General Clinton back from operations in the southern theater march on the remaining troops at Elizabethtown on June 14th with a couple thousand to test the strength of the advance contingent of of American Troops, He did this in order to gain  much needed intelligence for plans to march through the Hobart Gap to reach Morristown. The British were repelled. Yet, Clinton received the information he had needed evaluating the American force left in Elizabeth. The British Commander of the Kings North American military was  able to get scouts through behind the cover of his lines. This would result 9 days later in the battle of Springfield.