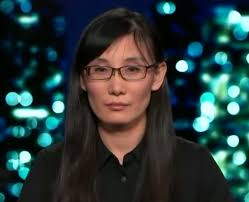 As the world  runs low on heroes and conviction of truth seemed to all but evaporate from humanity a heroine appears. Once again sobering reality is supplied by those who face digestion in the belly of the dragon. Hong Kong is a shimmering light of what's right in the modern world. A flame that refuses to extinguish despite an eminent subjugation.

The University of Hong Kong virologist Dr. Li-Meng Yan MD, PhD(1) exposed the scary truth about the world wide pandemic attacking humanity. In short Dr. Li-Meng Yan claims confirm what many of us including GHI have came to understand over the last half year. This was an attack. Covid 19 was created by man. She is preparing to release the evidence she compiled since the very beginning of the outbreak. According to Dr. Yan she began her investigation in secret utilizing her network of researchers in China to amass the proof of this shocking revelation. Yan's credentials are diamond clad. The Doctor is among the top in her field, worked in the W.H.O reference lab and was immediately at ground Zero for the pandemic. If anyone had the ability, opportunity and clout to  prove this despicable act it is her. Yan's claims should be taken seriously if not accepted as fact.

At best the virus escaped and The Communist Chinese Party failed to contain then allowed months go by covering up the facts already known by them. Their malicious cover up aided along by the W.H.O whom they control even pressuring the U.N appointment of it's head.(2) At worst the virus was released intentionally to inflict death and chaos upon the world. As Dr. Yan answered on her recent Tucker Carlson appearance, the reasons why can only be answered by the culprits.

However, GHI has a few possible scenarios for Communist China's actions.

With exits of several large corporations from China looming and China's biggest importer (The United States) seemingly holding all the cards the Communists may have believed it was now or never to reverse the economic downturn starring them in the face. The damage to the world economy a Frankenstein virus could supply would serve to halt that trend. This as movement is restricted keeping businesses there for a time while Communist China retains the worlds' highest productivity. Adding that during this pandemic almost all of the United States medical supply chain is dependent on China the U.S would need to navigate through a devastating one two punch. Or at least that may have been the idea.

2. Preparing for war, escalations in the South China Sea

With the escalations in the South China Sea over the last decade the possibility of a large scale conflict with the West is brewing. The United States has spent the last 4 years rebuilding it's aging military capabilities. Communist China has been building up it's modern arsenal even longer. Prior to the Trump administration's rearmament, Red China was set to eclipse America becoming the strongest Military Power. The release of this engineered virus may be a dry run and prelude to total war. Seeing the effectiveness of the Covid chimera would allow Xi and his officials hell bent on world domination to measure the response of the Reds' enemies. Using the W.H.O to cover it up early on would also allow them to faux partnership with the West using science as a trojan horse. Thus, obtain critical data for plans to release a far more pervasive and deadly strain.

With the Hong Kong protesters standing tall refusing to submit the Communist Chinese  risked condemnation by the World. Despite the Maoists Propagandists best efforts it became impossible for the liars to keep a lid on Xi's violation of Hong Kong's human rights. Every day the protests continued the likelihood of dissention spreading and International involvement became more likely. Releasing the Corona virus put a stop to the protests, gave the dictator plausible justification for enacting more draconian edicts and put most discussion about the plight of the Heroes of Hong Kong back behind the silk curtain.

The Communist Chinese genocide of Uyghur minority in the west of the country is unconscionable. How long would it be allowed to go on? Well, sadly very little has been done at all even prior to the virus. The understanding that Islam by it's own tenants is a threat to any "infidel" nation hasn't helped the Uyghurs plight. Xi and company use this as pretense. Releasing  Covid upon the world may seem to be extreme as a smoke screen for the evil they were already getting away with. However, there may be more to this possible reason. The Uyghurs though now exhibiting a mostly East Asian appearance to outsiders are not exactly that. They are a multi-racial people with genetic contributors spanning back long before the first emperor.

It is true that China is a vast land and though mostly East Asian it is anything but homogeneous. That said the Uyghurs present a unique problem for the façade of Communist Chinese uniformity. This people group carries quite a bit of indigenous Caucasian blood. The Aryan Tocharians  first to settle the region of the Tarim basin, Scythians, and Turkic tribes among other Caucasoids all have added to genetic make up of the region. East Asian contributors did not appear  significantly in the Tarim region until the 7th century CE. The Tang dynasty briefly held the area during that century in a three party conflict with Tibetans and Turkic tribes. The Uyghurs, originally a Caucasian group share affinity with the Magyars of Central Europe, ruled the region for 1000 years starting in the 8th century CE. Though during that millennia the ethnic composition of the Uyghurs did hybridize along the silk road the modern Chinese did not control the region until 1884.This is damaging to the Communists world view. Unleashing the virus gives the Chinese time and cover to complete the entire removal of all traces of pre-Chinese Tarim.

Any or all of these are plausible motivations for the depraved Communist Chinese biological attack on the world..

Dr. Li-Meng Yan MD, PhD of Hong Kong University is an example of courage beyond belief for today's sensibilities. She calmly continued her investigation for months knowing at anytime she could be found out. Knowing that she would simply disappear and the world would never know  the extent of the Communist Chinese threat. Yan got out and was granted asylum in the United States were embedded Red Chinese operatives will remain a constant fear. The information she holds and has given to the U.S. State Department will certainly fuel the fire in this chaotic world civilization. Her continued work will be needed during this plague. Dr. Yan releasing her findings  to the planet may just save it. Godspeed Doc. 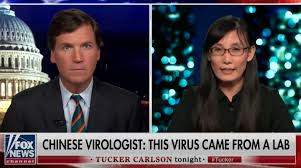 The University of Hong Kong

Dr. Yan received her MD degree from Xiang Ya Medical College of Central South University (China), and PhD from Southern Medical University (China).  Her research interests include investigations of infectious diseases or inflammation via different animal models.  Her research has recently focused on study of universal influenza vaccine, cross-reactive antibodies and cellular immunology.

(2)Tedros Adhanom, a politburo member of the Tigray People’s Liberation Front (TPLF) that has been ruling Ethiopia for the last 25 years is in the inner circle of the regime well known for its systematic patterns of political repression and egregious human rights violations against Ethiopian citizens. The abysmal human rights record of the Ethiopian regime is very well documented by all the major international rights groups (Human Rights Watch, Amnesty International and Freedom House) as well as by the U.S. State Department in its annual human rights report.

Tedros Adhanom Ghebreyesus  is an Ethiopian biologist, public health researcher and official who has served since 2017 as Director-General of the World Health Organization. Tedros is the first non-physician and first African in the role; he was endorsed by the African Union. He has held two high-level positions in the government of Ethiopia: Minister of Health from 2005 to 2012 and Minister of Foreign Affairs from 2012 to 2016

Email ThisBlogThis!Share to TwitterShare to FacebookShare to Pinterest
Labels: persecution